Gravestone Rock is a Location in Pathfinder: Wrath of the Righteous. Gravestone Rock can be found at Worldwound. A huge ridge that resembles a gravestone. It has survived the changes to the landscape caused by the Worldwound and stands before travelers today just as it stood a hundred years ago, in the times of Sarkoris.

This area is named Gravestone Rock on the world map, but the area inside is called Darek Sunhammer's Secret Outpost.

Gravestone Rock / Darek Sunhammer's Secret Outpost cannot be visited until the location is revealed on your map during the companion quest The Weight of My Sword.

At the western end of the dungeon is a wall with four gemstones inset in the wall; one of them is missing. The missing Red Gem can be found on Darek Sunhammer's body after defeating him. Take the gem to the wall and place it into the missing slot.

Entering the combination of Blue, Yellow, Green, Red will open a secret room. However, this room is trapped and does not contain all of Sunhammer's treasure. If you loot the chest in the center, you will receive some miscellaneous treasure but also trigger Sunhammer's trap and will have to fight several demons including a Glabrezu.

To disable this trap and reveal Sunhammer's real treasure, enter the reverse of the original combination, Red, Green, Yellow, Blue after you have opened the secret room. You must enter this combination after the first combination. Loot the chest in the room to receive Gnawing Magic and miscellaneous treasure.

If you loot the chest in the room before disabling the trap you will not be able to receive the real treasure. 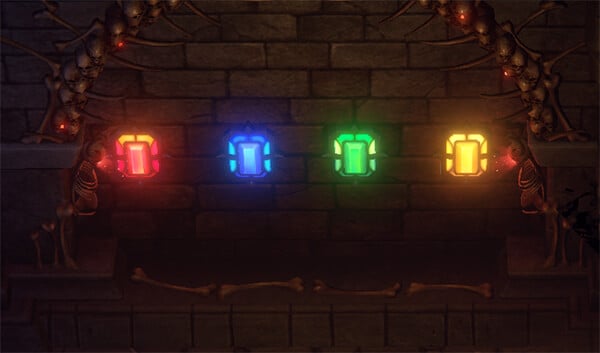 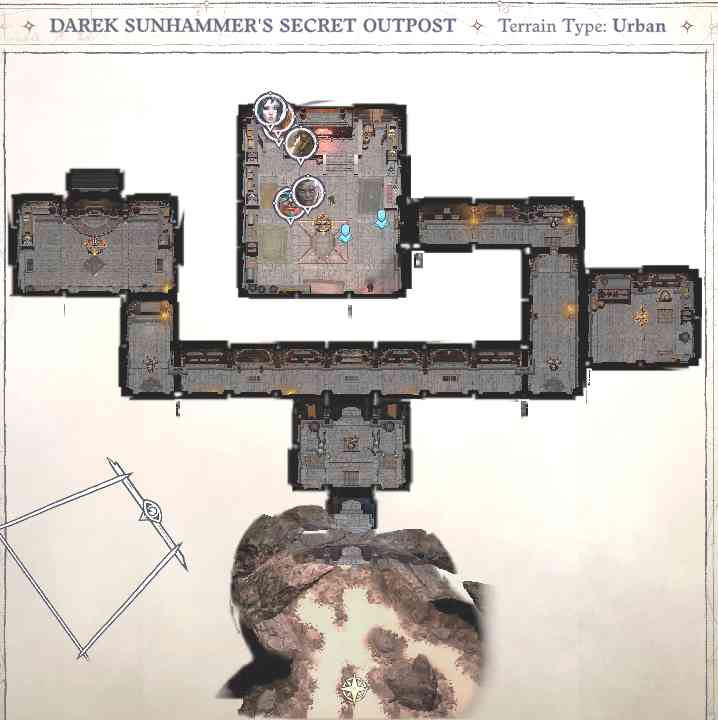