Ivory Sanctum is a Location in Pathfinder: Wrath of the Righteous. A pile of skulls in the middle of the scrubland is a sign that conceals the entrance to the secret hideout of Baphomet's worshipers. They have been hiding here for decades, planning assaults on the crusaders, scheming, and performing blasphemous rituals. A treasury filled with the secrets of the cultists, and perhaps their masters, can be found here.

This puzzle is located in the north of the map. The following combination will reveal a chest containing a Ring of Sacred Touch. 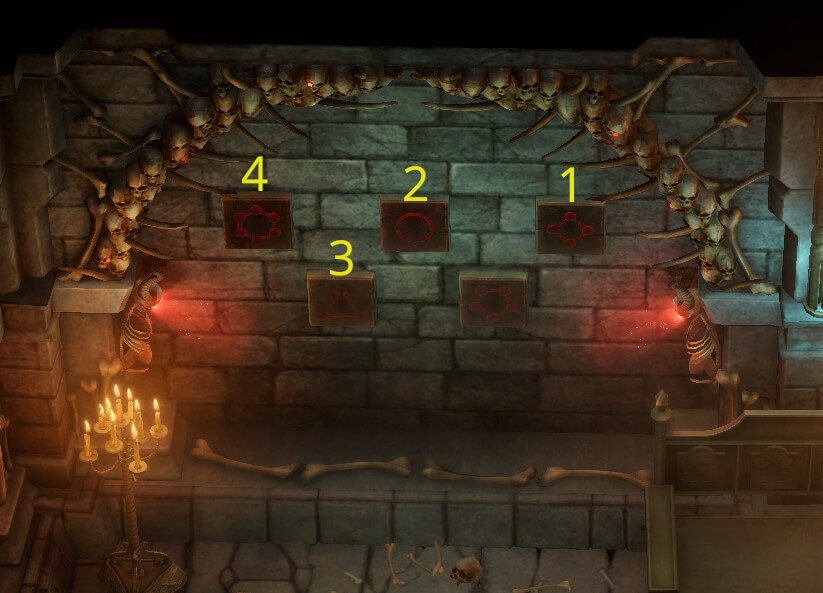 This is the same wall panel as the first puzzle. The following combination will open the locked door next to the puzzle. 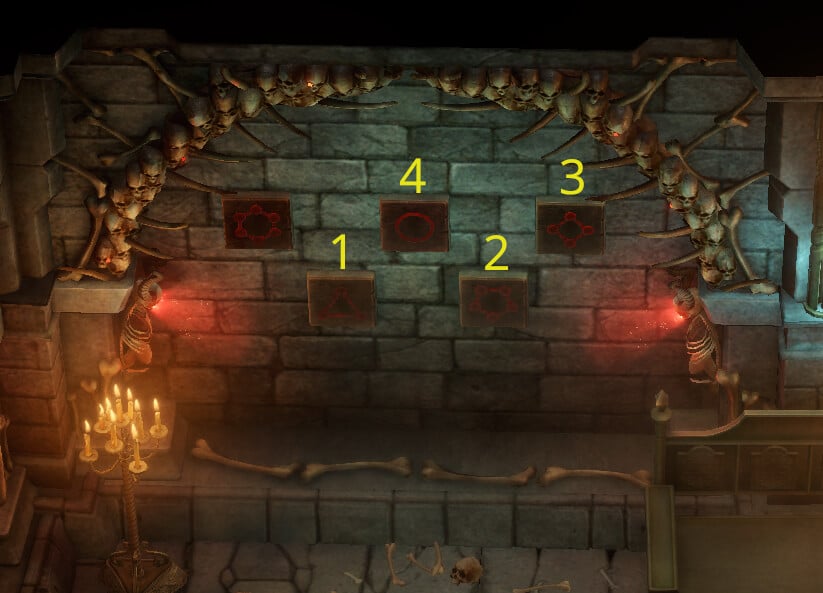 This puzzle is located in the central chamber of the Ivory Sanctum. Place one party member on each of the floor pads in the room directly to the north of this chamber. Then enter the following combination to reveal a chest containing a Cloak of Carnage and the Circle Mask for the quest More than Nothing.

This puzzle is located in the south wing of the sanctum, in the room with the mimics. This wing is accessible only through the room with the dragon eggs. Place one party member on each of the two floor pads in this room and enter the following combination to reveal a secret room containing a Demonic Resentment, Bracers of Breaching, and White Wind's Cloak. An Eternal Guardian will appear, which you will need to defeat. Furthermore, the altar in secret room constantly emits negative energy during this fight, healing the guardian. Draw the guardian out of the room to significantly reduce the difficulty of this fight. 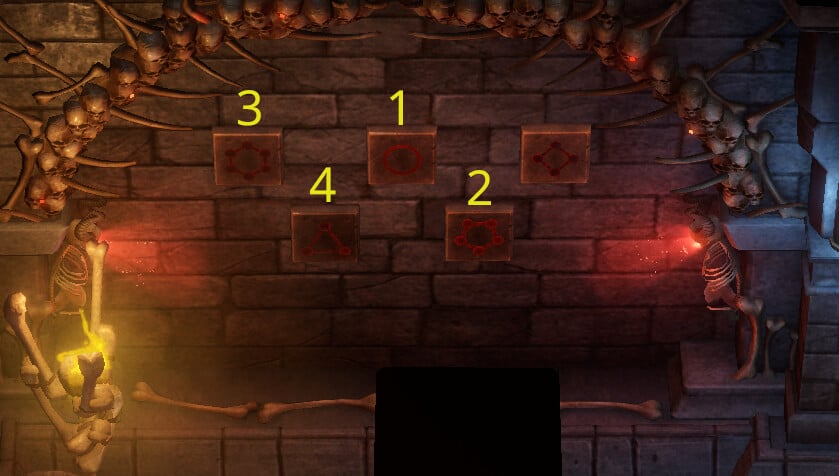 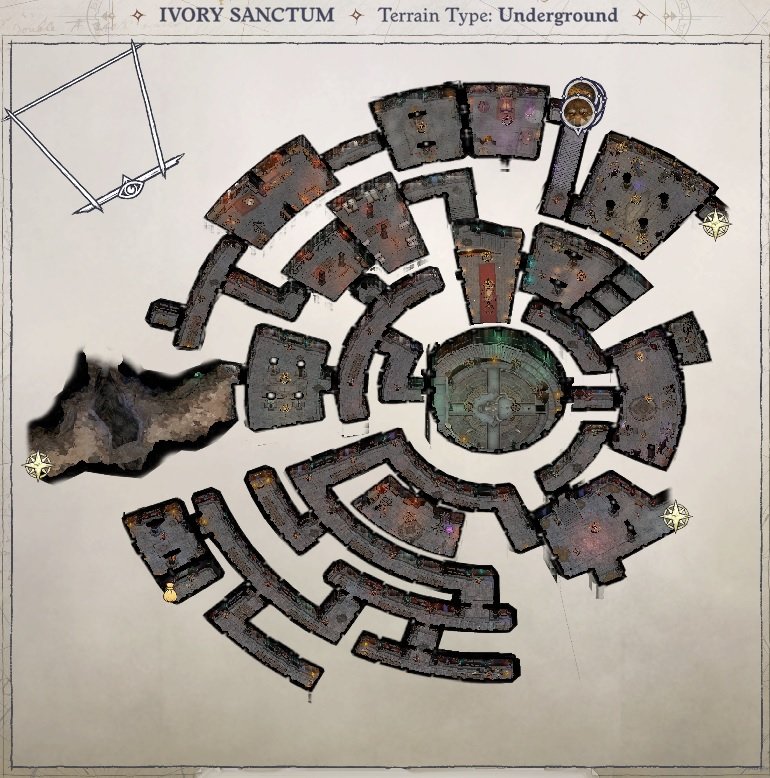 You arrive at the bottom of this map when you leave the golem area of Ivory Sanctum.  There is a ledge that you can get across with a skill check.  It takes you to the Vrock from the encounter where you rescue Janna Aldori.  There is a dialog and some skill checks if you're so inclined.  Afterward, fight along the path until the event starts.  Fight that, then exit via the north to finish with Xanthir. 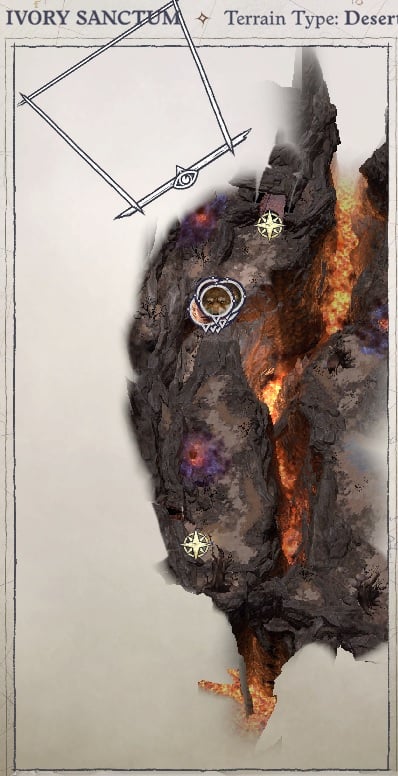