Lost Chapel is a Location in Pathfinder: Wrath of the Righteous. Lost Chapel can be found at World Map. A well-fortified chapel that was once a stronghold of faith in the good deities and a refuge for crusader forces. After it was abandoned, the chapel fell into ruin and became a den for monsters.

A little bit north of the crusader's camp, you can find Ember and Daeran.

If you spared Yaker at Reliable Redoubt, and let Hell Knights join the crusader. You will meet him at the top side of this map, helping crusaders to escape.

Sosiel is at the top right of the map, finding him progress his personal quest A Veil of Silence.

Not far from Sosiel, you will meet a wounded crusader and some ghouls pretending to be corpses trying to ambush you. Prepare to attack not warn them so you can save that crusader.

Further down the road, Regill is fighting some gargoyles with his units. You can let him join your team or send him to the foot of the mountain.

Keep moving forward, you can save a crusader from the pile of bodies is you passed the mobility check.

The gate of the lost chapel is guarded by ghouls, cultists, and succubus. Inside you will find the ghouls are trying to execute the prisoners. Defeat them and loot for Amulet of Agile Fists +2 and a +2 light shield of magical retribution.

If you search the basement, you will meet Zacharius, a legendary hero of crusade. However, he turns out to be a lich forced into the crusade, if you refuse to return his wand to him, you will need to fight him. (It's a very difficult battle. However, as a Lich, he is vulnerable to positive energy. Use protection from evil and protection from chaos on your team, and use the summoned creatures to tank for you. Also, Zacharius is easily cheesed with Reflex-based disables such as Grease or Trip. Once defeated, Zacharius drop Dried hand of Martyr, CHA+2 headband, Natural Armor +1 amulet and ring of protection +1, a cloak of resistance +1) If you give back wand to him, he will be freed with the promise to meet you again in the future. (Lich Mythic path)

Zacharius can be kited with some creative teamwork. If you have haste, enlarge person and a glaive (the reach makes it easier to get out of range of his aoe) and some skellies, you can keep everyone away until he targets the skellies with his aoe, then rush your main damage dealer(s) in to do some damage until he's getting ready to use his AoE again. If he targets someone that's not a skelly (on harder difficulties), run for your life to get out of range before he casts, then once he does you can run back in.

Captured crusaders can be found across the Lost Chapel, if you managed to pass the stealth check and kill the ghoul tormentors you can free them. Irabeth is in one of the rooms in the chapel, free her to progress quest A Blow from the Sky.

Prepare your team before further exploring the chapel, Nulkineth waits right next to Irabeth's cell. Defeat him will unlock the second level of Mythic Hero class.

The foothill of the mountain area becomes accessible after defeating Nulkineth. You will find the Altar of Desna here, as well as much more enemies including a few tougher ones, so come prepared.

After you cleared this location, you can challenge Nurah if you found her perfume and suspicious activity during Gargoyle attack. Turns out she's a spy of demon army, however, if you pick trickster Mythic Path, you can try to recruit her.. 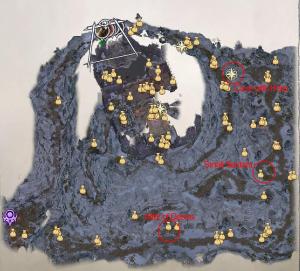 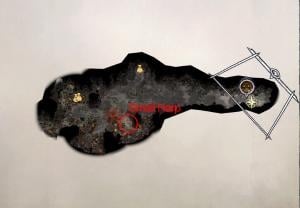 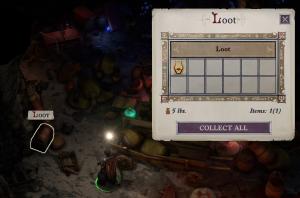 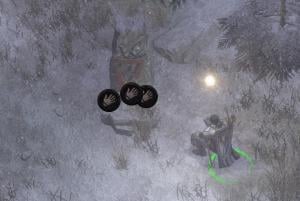 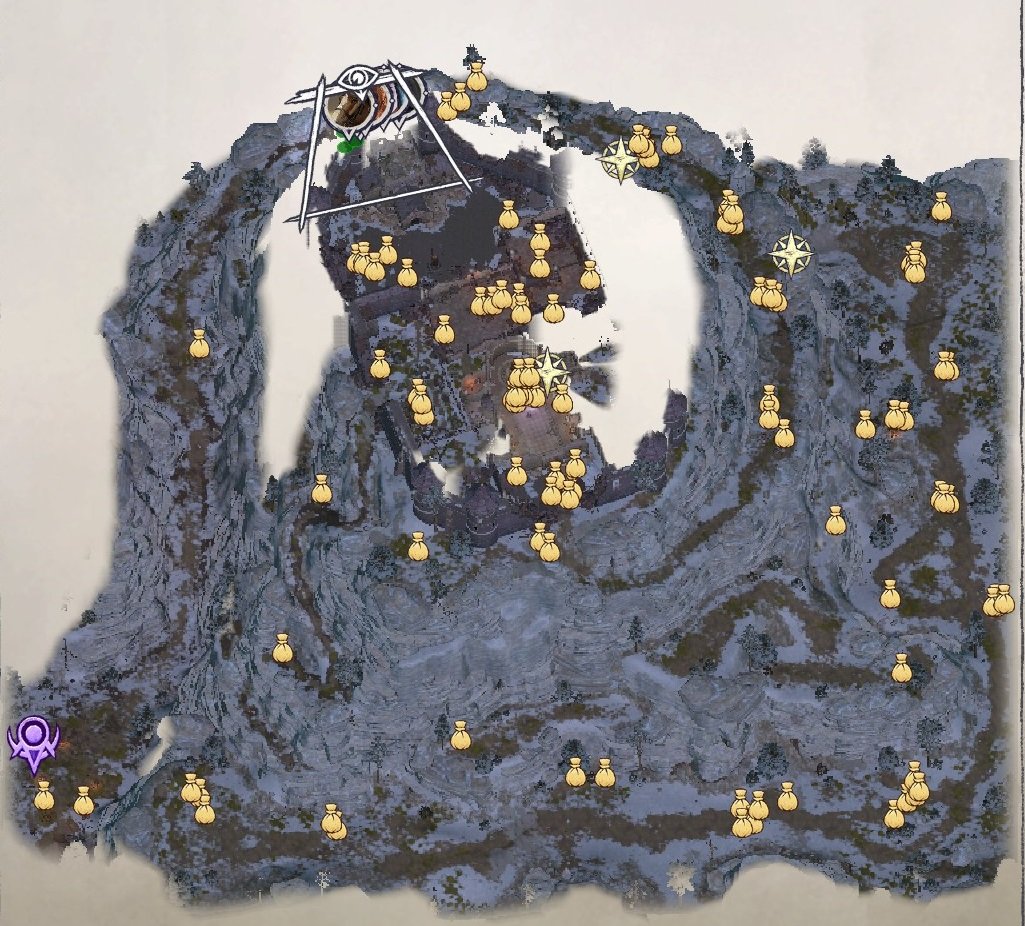 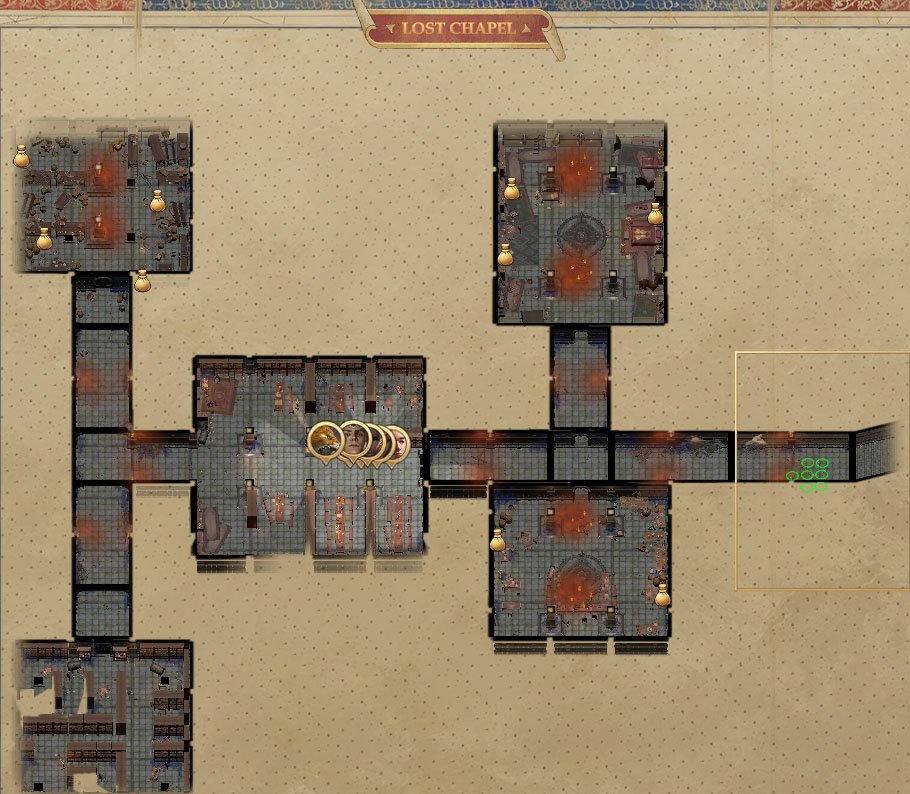