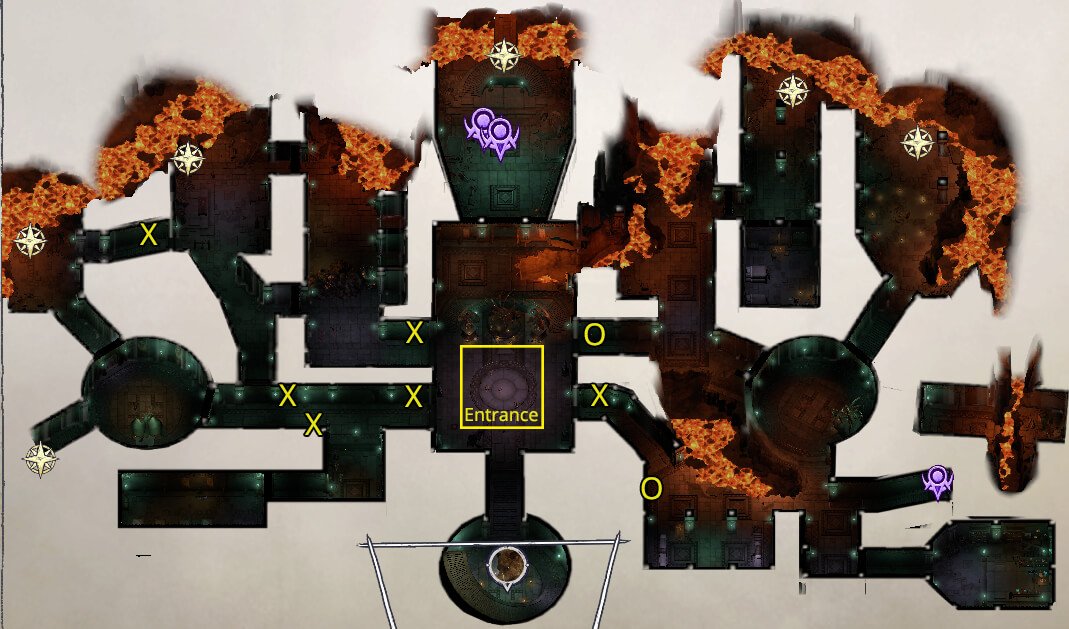 Once the switches are in the required positions, you can descend down the stairs at the area marked "Entrance". Inside you will find a trapped sarcophagus (DC 47 Perception check on Core difficulty to notice). It has a very high DC 58 Trickery check (on Core) to disable it. The trap triggers a room-wide acid trap if triggered. Either way, once the sarcophagus is opened, several Enraged Vescavor Swarms will spawn and attack. They use their gibber ability to target your party's Will saves and render them unusable.

Once defeated, you can collect a Manual of Bodily Health +2, Earth Unleashed, 327x Diamond Dust, and a Wand of Acid Arrow. 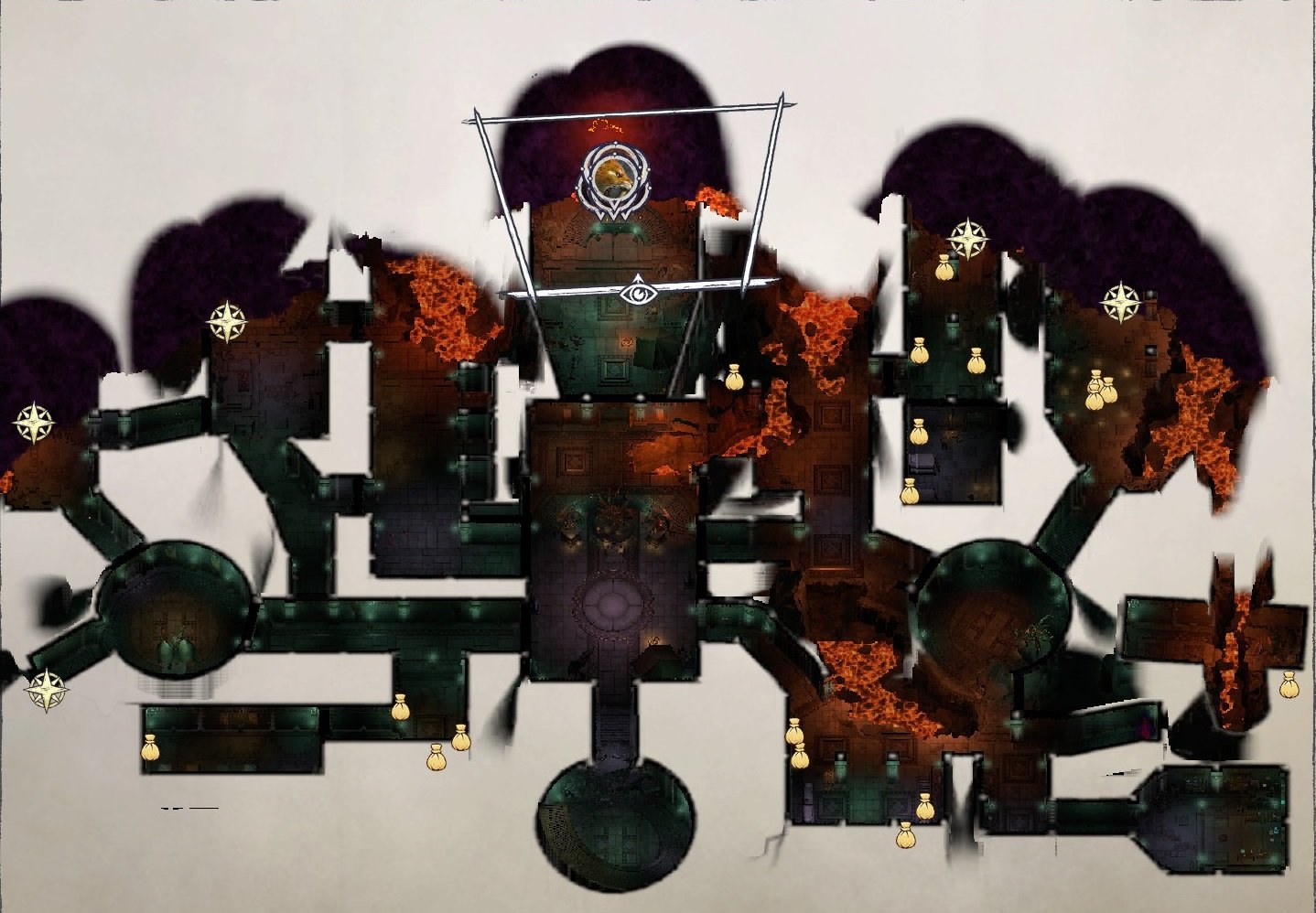 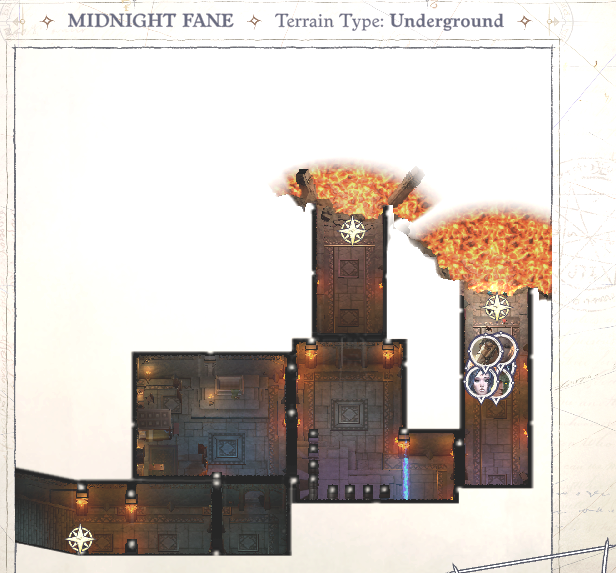 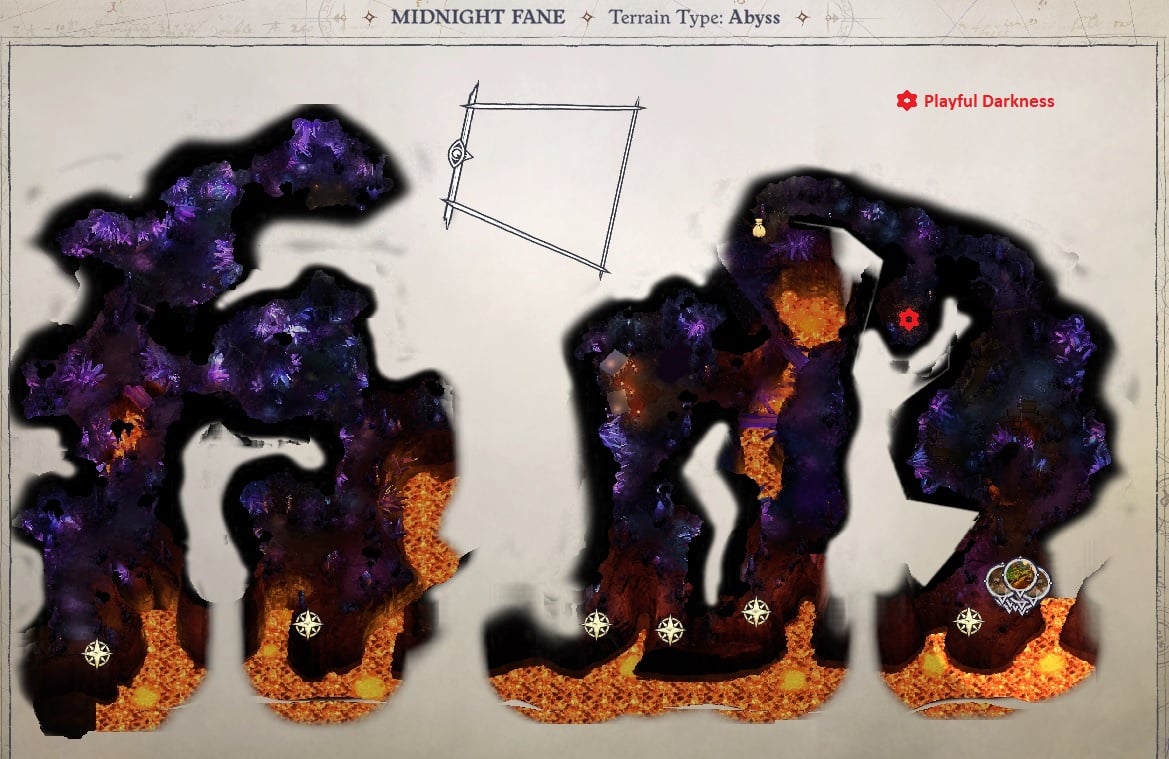