Pathfinder: Wrath of the Righteous is an isometric role-playing game that is developed by Owlcat Games and published by Deep Silver. Pathfinder: Wrath of the Righteous was previously announced through a Kickstarter campaign back in February 2020 and it is a game that stands as a sequel to Pathfinder: Kingmaker. It is a sequel that does not follow the same story but instead, builds around providing upgraded gameplay mechanics, a better engine, expanded rulesets from the tabletop game, and many more role-playing mechanics.

Pathfinder: Wrath of the Righteous is available on PC (Windows, Mac OSX) with the release date currently being set on September 2, 2021 - Owlcat Games has also announced that Pathfinder: Wrath of the Righteous will be coming to PlayStation®4, Xbox One, and the current-gen PlayStation®5 and Xbox Series X|S through backward compatibility sometime in Autumn 2021.

The realm of Sarkoris was destroyed when Areelu Vorlesh, a scholar and practitioner of forbidden magics, opened a rift to the abyssal planes of existence, and hordes of demons invaded Golarion. Led by the evil Demon Lords Deskari and Baphomet, the abyssal forces crushed all who stood against them, turning Sarkoris into a demon-infested land now known as the Worldwound. It fell to the neighboring nations to assemble an army capable of withstanding the demonic assault to protect the world from the flames. Thus the Crusades began.

The war has been raging for over a hundred years now with little hope of victory. The enemy forces are numerous and their rage is unmatched. Defeat would be certain if not for the Wardstones—the obelisks of divine power placed along the borders of the Worldwound to hold back the invasion. Created under the guidance of Iomedae's herald, they form a protective barrier that prevents the demons from pushing through.

It is no wonder that the Wardstones were the demon armies’ first target. Those villainous forces launched a surprise attack on the frontier city of Kenabres, ripping apart its defenses in mere minutes, corrupting the Wardstone housed there, and scattering the crusaders. In the utter chaos of the burning city, one of the crusaders—to their own amazement—discovers a source of power within themselves. While the origin of the power remains unknown, and the form it takes depends on the person, the purpose is clear: this power may be just what the people of the ravaged city need to survive the assault—and to bring the fight to the enemy.

Pathfinder: Wrath of the Righteous Requirements

Pathfinder: Wrath of the Righteous Features 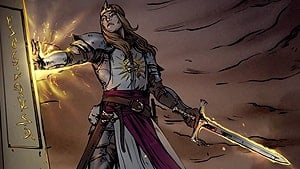 Your path will lead you to the Worldwound, where the opening of a rift to the Abyss has unleashed all-consuming terror across the land. For over a century, the neighboring nations have fought fearlessly, trying to drive the enemy back — but to little avail.

Now, you have the chance to put an end to this conflict, but the path to salvation is far from clear-cut. Will you become a shining angel, backed by noble paladins? Or a powerful necromancer with hordes of immortal undead in your thrall? Or something else entirely? Lead your army and challenge mighty demon lords. Your crusade will set in motion a chain of events that will leave you — and the world itself — forever changed.

Play Your Hero, Your Way 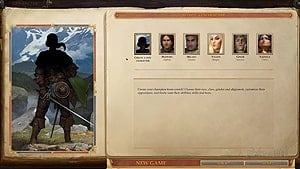 Create any character imaginable with the flexibility, richness, and depth of the Pathfinder First Edition ruleset. Choose from 25 Classes, 12 character Races, and more than a thousand Spells, Feats, and Abilities to suit your personal playstyle.

For Every Choice, A Consequence 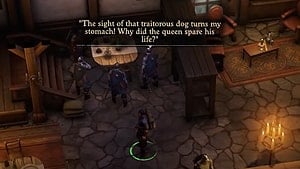 Your decisions have more weight than ever before. Your goal is clear, but you must forge your own path to it. Who will die, and who will live? Who will stay, and who will go? Make your choices, and watch the world around you change.

A New Way to Fight 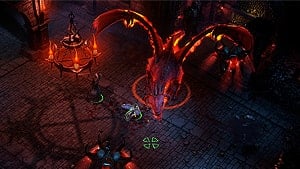 Enjoy two combat modes as you slay your enemies – real-time with pause or turn-based. Switch between them on the fly, so you can always take things as slowly — or as quickly — as you like. The unique Pathfinder ruleset also allows you to perform advanced combat maneuvers, like mounted combat. Use them wisely! 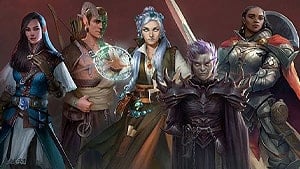 A cast of more than 10 unique Companions is ready to join your cause. Earn their trust and respect, and they will have your back no matter what dangers lie ahead. And if you get on their bad side, well… Maybe it’s time to part ways. 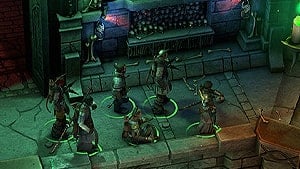 You will need much more than a party of adventurers to cleanse the land of its demonic scourge. Take command of the crusaders and lead them to victory – both as a strategist, controlling the battle from above, and as a field commander, in a new tactical combat mode. 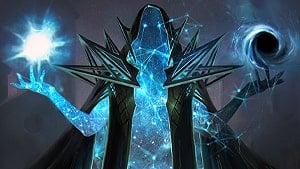 Explore nine unique Mythic Paths: obtain extraordinary abilities and shape everything that comes next. Your decisions might transform you into a celestial Angel, a raging Demon, a powerful Lich, a cunning Trickster, an otherworldly Aeon, a rebellious Azata, a wise Gold Dragon, an insatiable Swarm That Walks — or remain mortal and walk the arduous path toward becoming a living Legend.