Wintersun is a Location in Pathfinder: Wrath of the Righteous. Wintersun can be found at World Map. A small village that somehow survived the demon invasion. It is surprisingly silent and peaceful, as though it lies in some remote rustic setting far from the front lines and not in the middle of the Worldwound, surrounded by monsters.

After you defeat Marhevok and speak with Jerribeth, she will offer you a choice. This choice unlocks one of two possible vendors in Wintersun:

The Heart of Stone

Wintersun contains 9 standing stones. Visit and pass a Knowledge (World) check at each stone to reveal a secret loot cache called the Heart of Stone. If even one Knowledge check fails, the cache will be unavailable. You will not be able to try again, so save scum if you must. The stones can be completed in any order.

Looting the Heart of Stone, which appears as a large stone slab, yields a Ricocheting Heavy Crossbow, Back Rank Assistance, and the Rune-covered Ancient Leather Scrap (which the Storyteller can later restore to create the very strong boots Ronneck's Sacrifice). 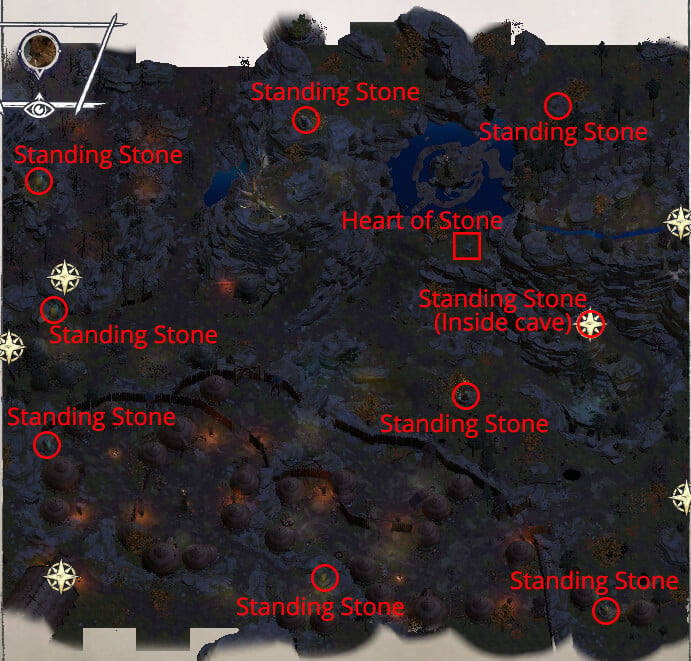 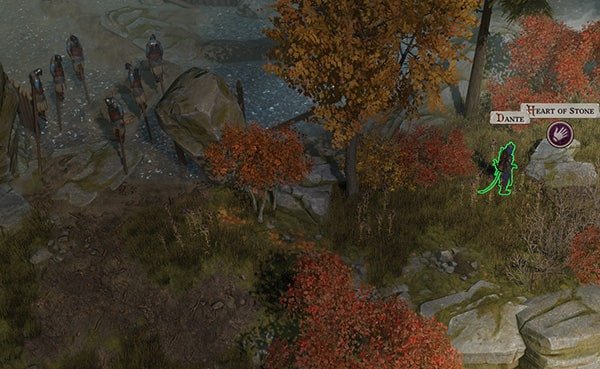