This page is for the city of Drezen. For the guide visit Banner Over the Citadel

Drezen is a Location in Pathfinder: Wrath of the Righteous. Drezen can be found at World Map. A crusader citadel in the middle of the Worldwound, erected when victory over the demons seemed so close. Its high walls can house an entire army. Control over this city is key to victory in the war.

Drezen houses the Sword of Valor, a banner blessed by Iomedae. It prevents the demons from using their teleportation as long is it adorns the citadels walls. It was lost during the fourth crusade, when the traitor Staunton Vhane was convinced to steal it away for an unauthorized foray against the demons outside Drezen. Upon removal the demons began their assault on the city, slaughtering civilians and torturing them. Losing Drezen - believed to be invulnerable to demons - meant a swift end to the crusade, as morale dropped and any hope to conquer the threat of the Worldwound had been lost. 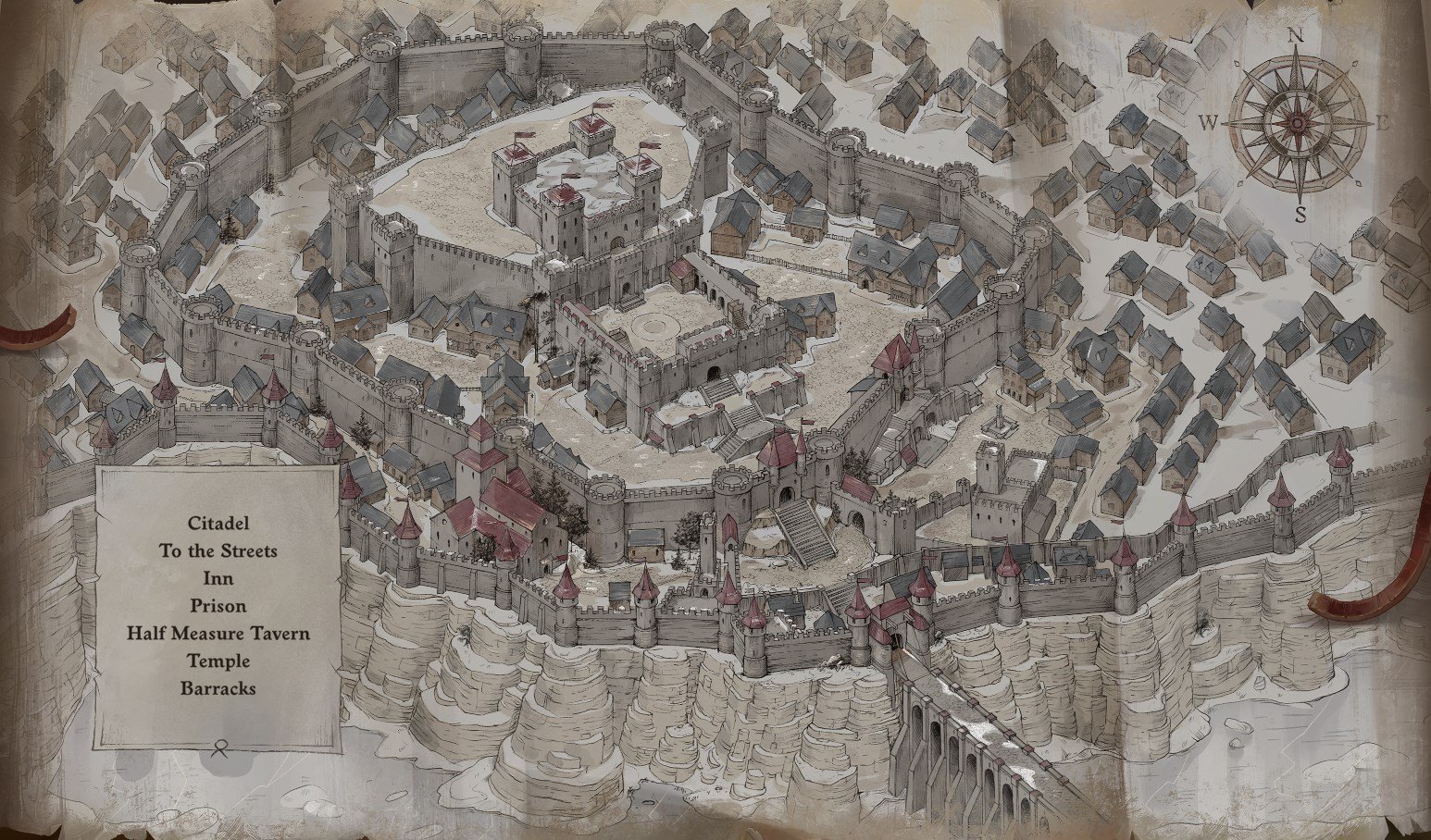 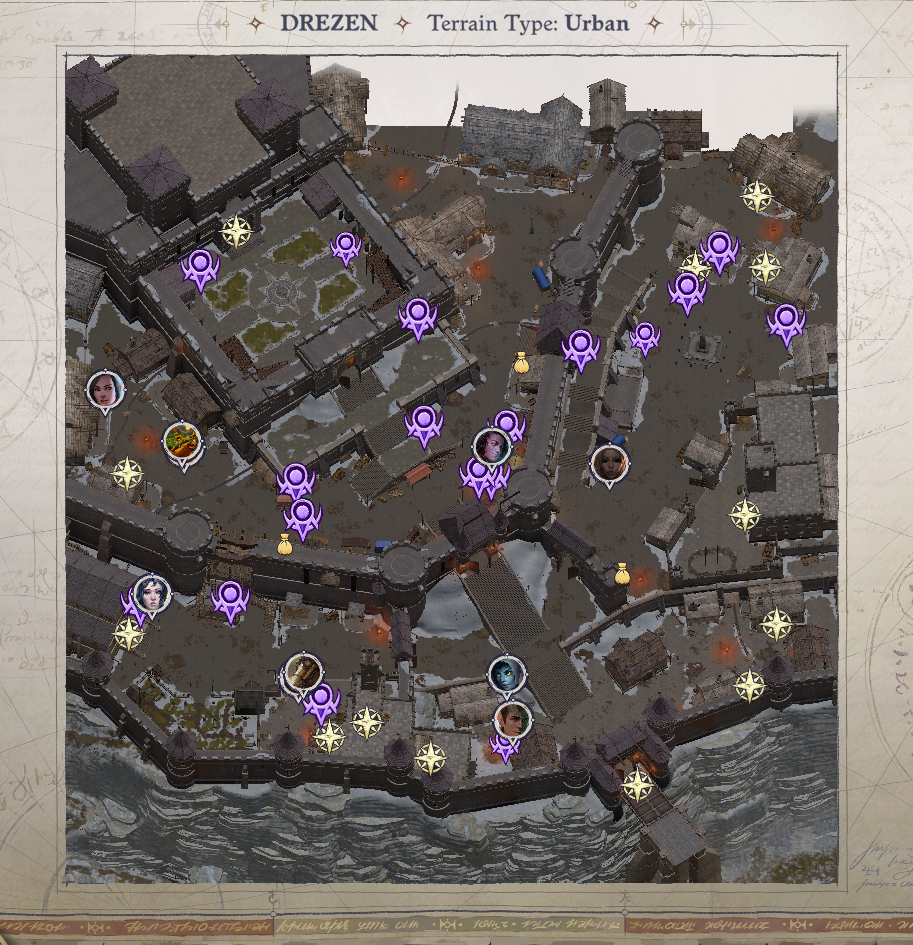 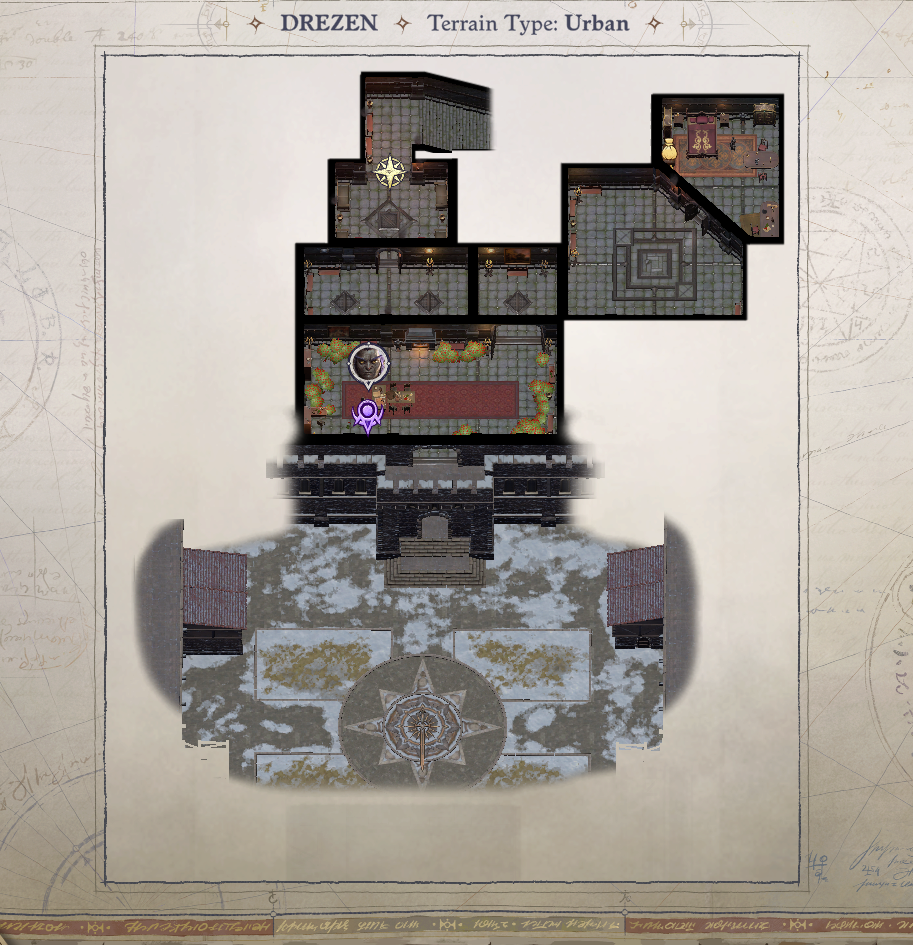