Exit Stage Left is a Quest in Pathfinder: Wrath of the Righteous. Quests can provide unique adventuring experience, as well as powerful gears and treasures. Some quests are time-limited and some can only be completed with certain companions.

This time-worn stage has been home to many comedies and dramas, but this is the first genuine tragedy to play out across its boards. And the director of the piece is none other than the cursed Deskari. The unwilling players must find a way to escape the theater, or else their deaths will be entertainment for the merciless audience.

Get out of the orchestra pit

Talk to the survivors

Find a way out of the theater 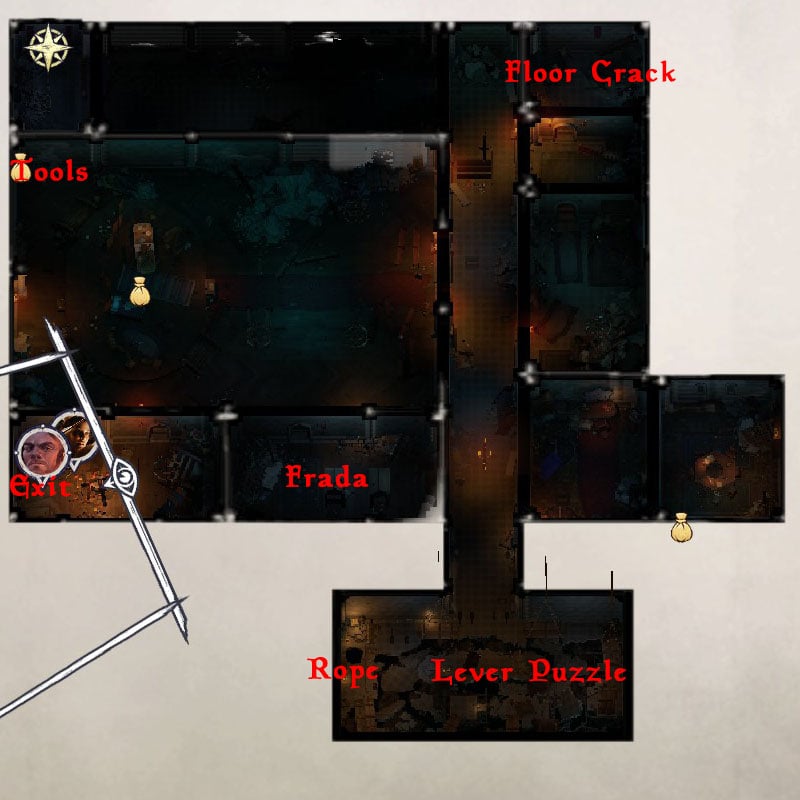 Head west through the basement, loot a Potion of Cure Light Wounds from a body by the stairs and Sham Shortsword in a crate, then move into the next room.

You need to kill the dog to save Langrat Messini, loot the Sham Crossbow in the north room.

Help Rekarth to fight Cultist Sorceress, he will join your team.

You can rescue Frada the basement, she will tell you there's a floor crack that can help you escape. Alternately, look for hidden well in the orchestra pit. You'll require the rope from the lever puzzle, but you will keep your set of tools this way.

If you use the tools on the Auditorium exit, you will have to fight cultists to clear a way out. (Very Hard Battle)

The prisoners have escaped the cultists' clutches, but what lies ahead for them now is not freedom, but the darkness of the subterranean catacombs. What will they encounter in the caves that snake through the earth below the city? Will they manage to find their way back to sunlight?